The government has been called on to form a cross-party housing advisory committee to tackle the housing crisis in a report from industry experts that makes suggestions including reviewing Section 106 payments and building on greenbelt land. 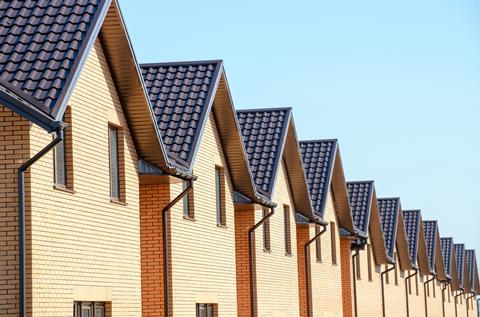 The new report from businesses including Argent, Berkeley Group and Clarion Housing Group as well as academics from Saïd Business School at Oxford University, UCL and LSE said an independent, non-departmental body was needed to advise on how to provide housing to meet needs in all sections of society, plan long-term to deliver housing for a zero-carbon economy and reduce risk and uncertainty around the delivery of new housing.

Other findings in the report titled “The Housing Sprint: How to Solve the Housing Crisis”, included that just a “small proportion” of the £2tn it would cost to hit government’s targeted six million new homes in the next 20 years would need to be paid for by the state and would require building on, “at most”, 1.5% of England’s undeveloped land. It suggested developing around 2% of the country’s greenbelt would deliver between 12-20% of space needed for the required homes and added that extra provisions could be made for green schemes on this land.

“We have no choice but to build our way out of the current crisis,” said the report. “In doing so, we are likely to spend £2 trillion over the next twenty years. Spent without careful thought and consultation, that money will fuel arguments in every corner of the country.”

The group also suggested a Housing Advisory Committee should explore the replacement of both Section 106 agreements and the Community Infrastructure Levy (CIL) with new land value capture mechanisms that are fairer, provide better commercial incentive and reduce the administrative burden on both the public and private sectors.

“Both [CIL and S106] are highly dependent on professional expertise and skills which are patchy and uneven across the country, and further hampered by a lack of transparent, comparable information,” the report said.

However the group added that “until a better methodology can be established” it supported the continued use of Section 106 and the CIL.

More liberal use of Compulsory Purchase Ordered was also suggested, encouraged by changes to the current system that would make CPOs “resented less and consequently applied more frequently”.

These changes include public bodies paying “only a fair quantum sufficient to incentivise development” where land constitutes a potentially “large part of a significant housing development”, coupled with “speeding up the CPO process by creating a greater sense of both fairness and certainty”.

The group recommended a total budget of £100m a year for the advisory committee, to pay staff and external consultants across 10 hubs nationwide. The committee, it said, should be implemented for a starting period of 12 years to make sure it outlasted individual governments.

”£100m is a large sum but an essential cost,” said the report. “It would only be one thousandth of the £100bn to be spent per year to deliver 300,000 homes and their supporting infrastructure.”