Industry faces a backlash as cladding amendment is vetoed

Housing developers face a backlash following the decision by the House of Commons to vote down an amendment to the Fire Safety Bill. 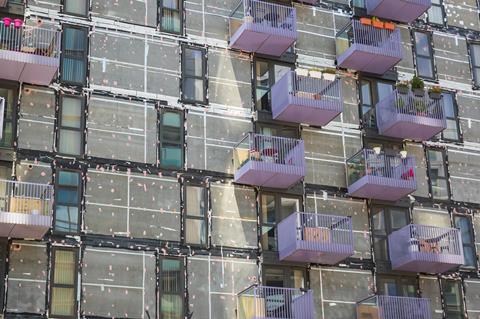 Cladding: leaseholders may now have to foot the bill for cladding removal

Shadow housing minister Mike Amesbury told Property Week he expected protests after the amendment, which would have made freeholders liable for the removal of dangerous cladding, was voted down on Monday night.

“There is a real opportunity for leaseholders and campaigners to make their voices even louder as restrictions on protests are removed and people do that in a responsible manner in terms of Covid restrictions,” he said.

MPs voted by 322 votes to 253, a majority of 69, to veto the House of Lords amendment to the bill, which aimed to protect leaseholders from paying for the removal of cladding by making developers responsible, with the government paying upfront and then recouping the costs.

Some Tory MPs backed the amendment, but housing minister Christopher Pincher told the Commons the proposals were “unworkable and impractical”.

He said: “They will make legislation less clear; they do not reflect the complexity involved in apportioning liability for remedial defects.”

Sebastian O’Kelly, director of the Leasehold Knowledge Partnership, accused the government of ignoring the financial risks to leaseholders. “Jenrick and his housing ministers seem quite prepared to see largely young first-time buyers who have bought these flats rendered bankrupt because of a historic safety defect in their buildings. This is so obviously wrong to other people, including many Conservative members.”

O’Kelly warned of an “immediate crisis” in which leaseholders were facing bills of up to £79,000 for cladding removal. He added that there were “tens of thousands of people who won’t be able to pay and will be made homeless”.

However, an MHCLG spokesperson said: “These amendments would not protect leaseholders from remediation costs as they envisage and would slow down our work to make residents safer in their homes. The government is bringing forward the biggest improvements to building and fire safety in a generation.”