John Coles, a much-admired pioneer of Britain’s private rented sector (PRS), has passed away at the age of 74. 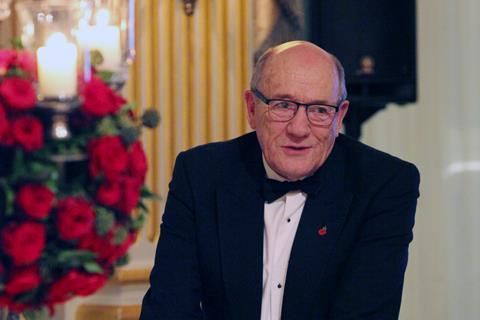 John Coles: known for his ‘passion for the provision of good-quality housing’

Tributes have been pouring in for the residential real estate veteran, who died on Saturday 27 February of pneumonia while undergoing chemotherapy treatment for cancer.

Credited as one of the earliest figures to identify the growth of PRS and more recently build-to-rent (BTR), Coles forged a reputation over many decades as a leading property investor and advocate for high-quality, affordable housing.

Coles started his career as a cattle auctioneer before rising up the ranks of chartered surveying. In the early 1990s, he teamed up with chartered accountant Chris Butterfield to buy up residential property that was being offloaded by companies looking to exit the government’s Business Expansion Scheme.

After multiple bank refusals the pair finally secured financial backing and in 1994 co-founded Evenbrook, a private company still owned and overseen by the two families that now has a portfolio comprising 600 rental units and 700 university beds.

Butterfield says the industry’s high regard for Coles was partly due to his approach to letting affordable, decent housing.

“He always called them homes; he never called them houses or properties,” says Butterfield, adding that Coles was energetically involved in overseeing the firm’s strategy up until the very end of his life.

Alan Collett, chair of housing association The Hyde Group and a lifelong friend of Coles, remembers his energy for building better homes.

“I met him in 1976 and he always had a passion for the provision of good-quality housing,” he recalls. “He was one of life’s optimists.”

It was Coles’ contribution to housing that led to his becoming chairman of the British Property Federation’s residential committee. So active was his time as chairman that he was presented with a lifetime membership award by the BPF in 2018 in recognition of his services to the trade body.

Former BPF chief executive Liz Peace remembers Coles as one of the first people she met when she joined the organisation.

“John fought long and hard against sceptical planners and ultimately, through hard work and persistence, achieved some notable and pioneering successes,” she says.

“Property aside, perhaps what I shall most remember about John is his kindness. When my mother was admitted to the stroke ward at Selly Oak Hospital, knowing that I would find it difficult to get there on a regular basis, he offered to visit her and cheer her up. What a wonderful gesture that was.”

Born in Kettering and educated in York, Coles spent much of his career moving between his homes in Newark and London.

Away from the world of residential property, he spent time relaxing with family and friends, often on his boat moored in Newark Marina.

He was also an avid rugby fan and a renowned charity auctioneer.

Under the hammer, he quietly raised hundreds of thousands of pounds for the likes of Help for Heroes, Cancer Research and causes more local to him such as the Newark Patriotic Fund and Newark’s Beaumond House Hospice Care.

Andrew Pratt, chairman of Rise Homes and another close friend of Coles, says that in addition to being a well-liked figure in the industry, Coles was also popular with his occupiers.

“I recall being escorted by John to a sizeable Norfolk development many years ago where, without exception, every occupier we met affectionately knew him by his Christian name as he did theirs.”

Pratt adds: “I was hugely proud to be his friend and over the last year have shared his journey to defeat an awful disease, which I too was fighting. He would always sign off our regular conversations with: ‘God bless Pratty, we are in this together.’ We will miss him hugely. God bless you, Colesy.”

When Coles passed away on the evening of Saturday 27 February, his family were by his side. He is survived by his three children, Mark, Thomas and Julia.