The joint venture between Inspired Asset Management and Equinox Living has completed the purchase of its second seed asset, the £13m Maxet House in Luton. 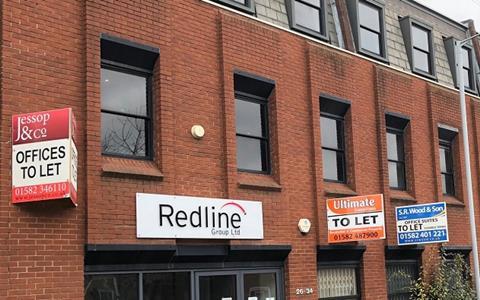 Maxet House will be converted under PDR

The former office building on Liverpool Road in Luton will be converted into 59 micro-apartments under Permitted Development Rights with a planning application being submitted to provide a further seven larger new-build homes on top of the existing building.

Property Week revealed the two developers had teamed up to work on micro-apartment schemes in January, with the first scheme acquired by the duo being the former NHS Strategic Health Authority offices at 8 Collingwood Road in Witham, Essex in April.

The new development, which has a GDV in excess of £13m, is located near Luton’s town centre triangle. Apartments will include high specification features including integrated Bosch appliances and 1GB Hyperoptic broadband. It will also benefit from Luton Council’s proposed £1.5bn investment in urban regeneration including a £200m redevelopment of Luton Airport Parkway station.

Martin Skinner, chief executive of Inspired Asset Management, said: “Luton is now a property hotspot that ticks a lot of boxes for both first-time buyers and buy to let investors with its fast rail links to central London, exciting regeneration plans, and strong rental demand.”

Darius Ziatabari, director of Equinox Living, added: “Our specification will be one of the best in Luton and priced competitively. The development sits on a quiet road a short walk from the train station and St George’s Square, Luton’s central plaza where you have the Mall, Galaxy cinema complex and a vibrant street market. Luton is on the up and has become an exciting place for young people to buy their first home.”

It is the second PDR scheme acquired by the JV, while last week, Inspired independently purchased its first scheme in Zone 2 - a PDR scheme at Abbeville Road in Clapham.