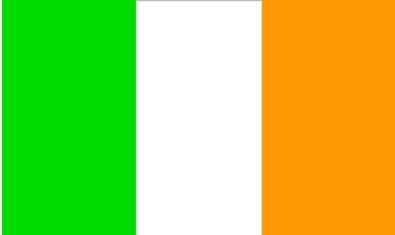 Ireland’s commercial property was hit by a more than 37% decline in total returns in 2008 as it continues to be ‘severely impacted’ by the lack of bank funding, according to CB Richard Ellis.

In its Irish commercial property March bi-monthly market update, the global property services firm said that despite a re-pricing in the Irish market during the last 18 months there had been much reduced activity in the market.

The latest report from the Society of Chartered Surveyors and the Investment Property Databank confirmed that total returns in the Irish commercial property market deteriorated by more than 37% in 2008.

However, CBRE said that this index tends to lag the market and ‘in reality the deterioration in returns is actually more stark’.

It said there is ‘clear pressure’ on rents in all of the occupier markets, particularly in the office sector where prime headline office rents have declined in recent months. The overall vacancy rate in Dublin increased notably in the second half of last year and now stands at almost 16%.

Marie Hunt, director of research at CBRE, said: ‘Prime office rents in the Dublin market, like many markets across Europe, have come under pressure since the beginning of the year. Office requirements are being put on hold in the midst of the economic downturn now facing Ireland.

'This in turn is impacting on take-up and depressing rental values. Prime headline office rents in the Dublin market are now in the order of €592/ sq m having peaked at €645/sq m in 2008.'

CB Richard Ellis said that with economic conditions expected to worsen in the short to medium term the vacancy rate will inevitably increase further over the coming months.

In the retail sector, CBRE said there has also been a notable decline in interest generally from domestic and overseas retailer. It said only the discount retailers such Aldi, Lidl and Penney’s are continuing to trade well in these recessionary times.

CBRE said the government should support the retail sector and suggest it cut the VAT rate from its current rate of 21.5% to 15% to restore some competitive advantage.

The industrial property market has not been immune to the downturn in economic conditions and CBRE said it was ‘very concerned’ by rumours that Ireland’s minister for finance is considering implementing legislation to remove the ‘resting on contract’ mechanism which is widely used in the industrial sector.

It said this will only increase land costs and further impede transactional activity at a time when conditions are already extremely difficult.

However, CBRE said that considering the yield adjustment that has taken place over recent months and the extent to which Eurozone interest rates have declined, property investment will again start to look attractive to some investors with a long-term time horizon.

In the residential sector this year it said there will be a 50% reduction in the number of new homes built. It said that around 50,000 new houses were completed in Ireland during 2008 but only around 25,000 new housing units will be developed in Ireland during 2009 – a very significant reduction compared to 2007 when record completions of over 90,000 houses were completed.

Guy Hollis, managing director at CBRE said that all sectors of the Irish commercial property market are suffering to varying degrees at present and that the lack of bank funding is continuing to have a very significant impact on transactional activity. He said that no market is immune but the property market in Northern Ireland market is somewhat insulated relative to the republic.