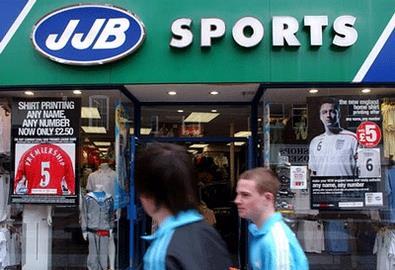 The creditors of sports chain JJB Sports will meet today to decide its fate.

The creditors will vote on whether to allow the sportswear retailer to go ahead with a company voluntary arrangement (CVA), in a move that could see the retailer become the first large UK-listed business to avoid going into administration using a CVA.

Some experts suggest JJB has a better chance of securing the CVA than footwear group Stylo which attempted a CVA with creditors more than three months ago. Experts have suggested JJB’s landlords, a large number of the creditors, are happier with the CVA proposals than the landlords of Stylo were.

JJB’s CVA proposes that JJB will pay rent on a monthly basis – instead of quarterly – for the next 12 months on 250 of its stores that are open and trading. It is also requesting a different package for its 140 stores, which are closed but where JJB is still paying rent. It is offering landlords of these shops part of a £10m package, which translates to around six months’ worth of rent for the closed stores.

It is thought that landlords that own both trading and closed stores are likely to be supportive of the CVA. It is thought these landlords will not want to see the chain fail as they will be left with a greater number of affected stores.

Property firms involved in the meeting today will include British Land, Hammerson, Land Securities, and Prupim. The British Property Federation said it praised JJB and its advisors KMPG for the 'open and honest manner' in which proceedings have been carried out.

But the BPF is calling for greater controls on the insolvency process to prevent firms using administrators to threaten suppliers when a firm is not on the verge of collapse.

The CVA needs to be approved by 75% of JJB's creditors for it to succeed. If the CVA fails JJB could go into administration.