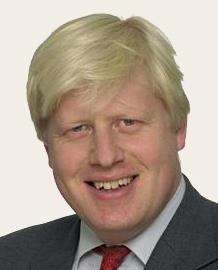 London Mayor Boris Johnson reiterated his commitment to hitting his target of 50,000 new affordable homes for the capital over the next three years despite the slowdown in the housing market.

In a speech to a property industry gathering today at The Dorchester, Johnson acknowledged the extent of London’s housing supply challenge.

But he claimed the 50,000 target remains possible even with his recent scrapping of previous Mayor Ken Livingstone’s policy that 50% of all new housing schemes are defined as affordable.

Johnson told the Movers and Shakers meeting: ‘Everybody knows how extremely difficult that is going to be to achieve. But it would be wrong of me to stand before you now and say we’ve thrown in the sponge because quite simply we haven’t.’

He added: ‘We’re going to use the funds that are available to us through the Homes and Communities Agency budget – £4bn funds for London – to jump start good schemes where we can, perhaps by letting the affordable component go in first.’

Johnson also said that he wanted to extend the regeneration in Stratford, east London beyond the Olympic Park site and create a ‘green low carbon zone’.

As official figures confirmed that the UK has fallen into recession, Johnson added: I refuse to submit to gloom.’