Slovakian developer J&T Real Estate has entered into a joint venture to acquire a residential development plot at 185 Park Street in Bankside, London – its first project in the UK. 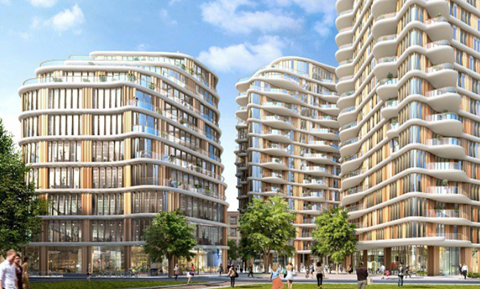 The scheme, which will comprise 163 flats, was acquired in a joint venture with prime residential specialist Sons & Co from Delancey’s DV4 fund. It has a gross development value of around £400m.

The site, which was originally used by the National Grid as its main power grid, has permission for the construction of 163 apartments and 87,000 sq ft of office space alongside retail and ‘cultural’ space.

Peter Korbačka , founder and chairman of JTRE, said: “The entry of JTRE in cooperation with Sons & Co. to the prestigious location of central London is an important strategic milestone for both our companies. At the same time, it is important for us that we are entering the British developer market with such an impressive project. 185 Park Street is a complex development in the area, which is sensitively perceived especially in the cultural context of the city. It’s also a site with enormous potential and we expect it to be one of the most anticipated projects in central London. ”

Delancey acquired the site from the Reuben Brothers in 2013.