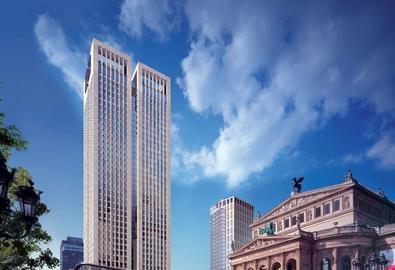 The collapse will fuel fears that the German open-ended funds, which have been among the biggest buyers of property in Europe this year, are reducing their spending in the sector while the domestic banking crisis is in full flow.

The two-tower building, which is 50% let to UBS and law firm Morgan Lewis is due for completion in 2010.

A KanAm spokeswoman told Property Week the deal collapsed because the fund manager was concerned about letting the remaining 50%. Frankfurt is Germany's banking sector capital and it is unlikely that many banks will seek additional space in the near future.

She said: 'Opernturm is an excellent building but the fund managers do not know how the banking and finance sector will develop so they have decided to go down a more secure route to protect their investors and be on the safe side.'

The purchase would have been KanAm’s first in Germany for its Grundinvest fund which currently stands at €4.9bn (£3.8bn).

The fund, which invests in trophy assets, has previously bought in London, Paris, Brussels and Moscow.