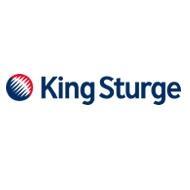 King Sturge is set to add insolvency advice to its arsenal of services through the purchase of Birmingham-based firm Bache Treharne.

Property Week can reveal the deal for the 30-strong firm, headed by Peter Bache, is expected to complete in two weeks, following six months of discussions.

Mark Stupples, head of asset management at King Sturge, said: ‘I can confirm we are at the advanced discussions stage. We see this as a great opportunity.’

‘My main concern (at this stage) is about staff so I don’t want to make any further comments about what will happen. We will make a full release once the deal is consummated,’ he said. It is thought, however that Bache will take on a national role but remain in Birmingham.

It marks an early move by one of the UK’s largest property services companies to arm itself with insolvency and receivership services as the market continues to slow going into 2008. In addition, the deal sees King Sturge become the country’s largest plants and machinery valuers and auctioneers.

As well as Birmingham Bache Treharne has offices in London, Leeds and Dublin, where it also provides conventional property services like agency, development, investment, valuation and auctioneer services.