Knotel chief executive Amol Sarva has downplayed concerns about the performance of its New York business and claimed that “profitability is very much in sight” for the flexible office provider. 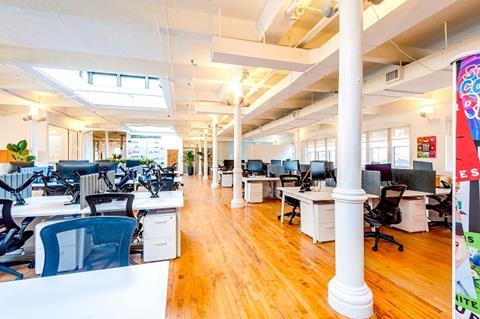 Last week, it was reported in the US that Knotel had laid off a number of people in New York in the face of high vacancy rates and a drop in leasing activity in the city.

In a conference call with journalists last night, Sarva sought to allay concerns about the departures.

“24 folks left our New York team but 10 joined,” he said. “Our payroll will be the same in February as it was in December.”

He also gave a rare look at some of the company’s financial metrics. Contracted annual revenue had leapt from $100m a year ago to $350m, he said.

Sarva didn’t disclose details of the group’s bottom line but said “profitability is very much in sight” and the business expected to be “cash flow breakeven” this year.

In London, where Knotel launched in April 2018 and has since grown its footprint to 470,000 sq ft, the business was on track to be cash flow breakeven in the first half of this year, he added.

The group’s expansion has been fuelled by a $400m funding round last year that gave the flexible office provider ‘unicorn’ status.

It added 1.1m sq ft of space to its portfolio in the second half of 2019, helping take the company’s total footprint to more than 5m sq ft.

Media reports in the US have highlighted the increasing amount of vacant space in Knotel’s fast-growing portfolio. In November, Cairn’s New York Business reported that the company had 260,000 sq ft of vacant space and that this was expected to hit 800,000 sq ft this year.

Alluding to the reports, Sarva said vacancies were natural for the business and that its customers needed to know they could take extra space at short-notice.

“That requires us to keep our portfolio liquid,” he said.

He also sought to distance Knotel from the troubles faced by WeWork and others in the flexible office market.

Following WeWork’s failed floatation, he said: “We have found a more favourable environment for doing business.”

He also said “we are doing fantastically ourselves” and the global commercial real estate market was “looking healthy”, as evidenced by the shares price growth enjoyed by brokerage firms in recent months.

The company also employs a different business model to some others in the flexible office market, he added.

It doesn’t offer co-working space and is instead focused on providing flexible space for established businesses, including global multinationals such as Uber, Starbucks and Microsoft, and managing flexible space on behalf of landlords. It runs 500,000 sq ft of space in management agreements with landlords.