The Labour Party has accused Boris Johnson of “clearing his desk a year early” as he focuses on his parliamentary career,‎ after he appointed civil servants to take on development roles. 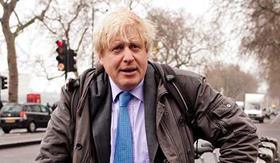 The party said Johnson is leaving the capital “increasingly mayorless” after handing over the reins of two City Hall bodies to civil servants.

The mayor served as chair on both the bodies until he resigned days before the general election and indicated he would instead appoint civil servants to take his place.

In the case of the OPDC the mayor stood down a month after he took up the chair and having only attended one meeting.

Labour London Assembly member for Ealing and Hillingdon Onkar Sahota said: “This is just the latest chapter of Boris Johnson’s long goodbye from City Hall. The mayor seems intent on clearing his desk a year early and focusing his energies elsewhere since his election to parliament, leaving Londoner’s increasingly mayorless.

“These two regeneration projects are massively important and make many controversial decisions, handing over the reins to civil servants like this will remove an important layer of democratic accountability.”