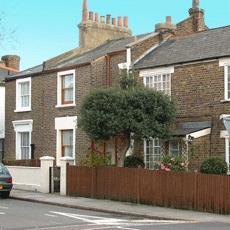 Biggs said: ‘There is a real risk that this move will simply let boroughs off the hook. How it will reduce the housing waiting list problem is anybody's guess.’

It follows the start of Johnson’s negotiations with London boroughs yesterday over removing the 50% affordable housing targets.

Johnson, who made the removal of the housing target and the ‘one size fits all’approach a key manifesto campaign pledge, said he will discuss with the boroughs the delivery plans for 50,000 affordable homes across the city over the next three years.

He said that the Greater London Authority will work with every London borough to agree individual targets for the number of affordable homes they can deliver based on their unique local circumstances.

Each borough will have the opportunity to present their own evidence in discussions with the GLA before final targets are agreed early in 2009.

The Mayor said he wanted a more collaborative approach to working with boroughs will deliver the affordable homes that Londoners need and reduce the capital’s housing waiting lists.

The commitment to the housing investment target will be included in his draft London Housing Strategy.

Johnson said: ‘The current policy of imposing an inflexible London wide target clearly does not work and in these exceptionally tough times it is imperative that we make the right investments now to provide the homes that Londoners need.

‘Make no mistake - I want all the boroughs to make their fair contribution towards achieving our goal. But I believe that this can only happen by working with them so that we take account of individual circumstances and agree together what can sensibly be delivered.’

The Mayor's director of housing Richard Blakeway said: ‘In a challenging housing market, the 50% target will simply deter development slowing down delivery of all new housing across the board. Historically under the aspirational target only an average 34% of new homes built were affordable, far less than the 50 per cent envisaged.

‘The market now requires a fresh approach that focuses efforts on generating units in partnership with the boroughs and does not act as a barrier to developers. This is why we believe this move will put London in a stronger position to deliver the affordable housing the capital still needs despite the difficult circumstances.’