Landsec plans to quadruple the footprint of its Myo flexible office brand from 70,000 sq ft to 300,000 sq ft by opening as many as eight more workspaces over the next three to five years. 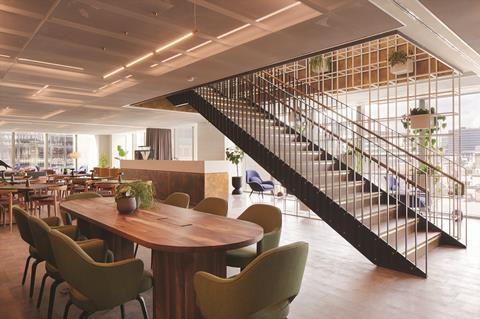 Myo, which launched at the start of 2019, currently has two locations in London, on Victoria Street and Liverpool Street.

Marcus Geddes, Landsec managing director, central London, told Property Week the landlord was looking to increase the number of Myo spaces and planned to start stripping out space in its portfolio to open a third centre next year.

“We’d look to grow Myo over the next three to five years from 70,000 sq ft to more like 300,000 sq ft,” he said. “This would mean somewhere between five and 10 sites, depending on the nature of the market we’re trying to service with that space.”

Geddes said having the Myo brand gave it the flexibility to offer tenants a variety of options.

“For example, in Victoria, there’s an occupier who wanted to grow in one building, but we didn’t have space for them, so, on a two-year basis, they’ve been in some space in a Myo building. That’s worked extremely well while we’ve come together to resolve their medium- term plans.”

Myo is not the only flexible workspace operator with its eyes on expansion. Last week, Property Week reported that IWG “absolutely” would consider taking on more former WeWork sites if the opportunities arose.

Meanwhile, back in July, Property Week reported that Grosvenor was planning to scale up its new flexible office brand 25 EP across its estate if the first one proved successful.

Geddes did not rule out the possibility of Myo taking on former WeWork sites.

“I wouldn’t go as far as to say we would never take a third-party lease to run Myo in a building we don’t own, but I think as we grow and develop the brand and its operational capability, we would definitely prefer to be the owner of the building.”