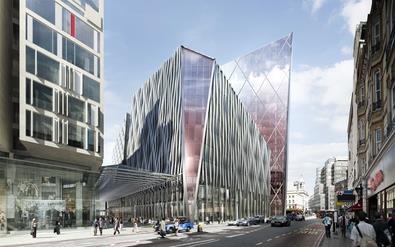 Land Securities won approval last night for its Victoria Transport Interchange scheme, but could still be hit with a £20m Crossrail levy.

Westminster Council agreed by a majority that the 1.4m sq ft scheme should be given the green light.

The scheme, known as VTI2 is a smaller one than previously proposed and only uses the northern part of the site, to the north of Victoria Street, and not the Terminus Place site directly next to Victoria station.

This site is likely to be subject to a later planning application.

Planning officer Godfrey Woods said Land Securities had stripped the application back to the point where it was only just viable for the development to proceed.

‘We believe every square foot in the site is going to have to work pretty hard,’ he said.

However, the plans could still be disrupted by the Mayor of London Boris Johnson’s Crossrail. It was said at the meeting last night that he would like a £20m Crossrail payment.

Councillor Alistair Moss, chair of the planning meeting, said the council had expressed ‘extreme displeasure’ at the prospect of the scheme being hit by the payment.

The council expressed concerns that if the Crossrail levy had to be paid it would impact on the £12m of community benefits being provided by Land Securities.

‘Our view is that the Crossrail levy is of negligible planning weight,’ said Woods. ‘The £20m or so that they would seek is simply not there.’

The scheme will provide a new five storey library, around 200 apartments, shops and offices and includes a new covered walkway through the site.