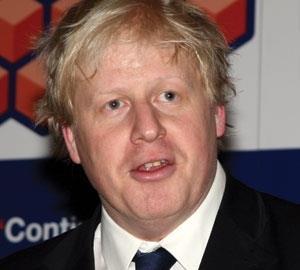 Lend Lease and Southwark Council are getting closer to confirming a development agreement for a major scheme in Elephant & Castle after reaching agreement with Transport for London over funding of key infrastructure.

Lend Lease plans to develop 4m sq ft at the 170-acre site in Elephant & Castle Town Centre, including 6,000 new homes and a new retail complex. The intended completion date was 2014.

The signing of the development agreement had been delayed over protracted negotiations with Transport for London over funding of the southern roundabout at the site.

Transport for London and the London Development Agency today said they will provide the £1.8m funding to redevelop the site of the southern roundabout.

TfL and Southwark have now reached agreement on a new design that they say will deliver significant improvements for pedestrians, cyclists and the public.

Works will begin in early 2010 and will be completed later that year.

Lend Lease and Southwark will finalise a regeneration agreement after TfL’s feasibility study of long-term transport needs has been completed. All parties will still have to work up a total 'transport solution' for the area which the council says will have to be affordable in the context of the whole project.

Johnson said: ‘Elephant & Castle sorely needs a massive regenerative boost and today’s meeting has reassured me that the partnership of Southwark Council, Lend Lease and TfL is working flat out to make this vital project a reality.

‘I am also delighted to confirm £1.8m of TfL and LDA funding to improve the southern roundabout for pedestrians and cyclists. This is a major step in improving the transport infrastructure and public space in Elephant & Castle, and I'm sure that both local residents and road users will welcome the many benefits that the removal of the southern roundabout will bring.’

Leader of Southwark Council, Cllr Nick Stanton, said: ‘The regeneration of the Elephant and Castle is an iconic project which will have a huge positive impact on the whole of South East London, while redeveloping one of London’s most deprived areas. Together with our partners Lend Lease, we remain 100% committed to moving the project forward as quickly as possible.

‘So I’m delighted that we have now secured agreement to a redesign of the roundabout, which was one of the key issues standing in the way of the project. This agreement shows what the council can achieve by working in partnership with Lend Lease and TFL and lays the foundation for us to tackle the next big hurdle: developing a transport solution for the regenerated area.

‘We all agree we must find a solution that will cope effectively with the number of people and vehicles travelling through the Elephant, but which is also affordable in the context of this vital regeneration project.’

Dan Labbad, chief executive officer at Lend Lease Europe , said: ‘The re-development of Elephant & Castle is one of the most significant regeneration schemes in Europe and presents a unique opportunity to create a brand new residential and retail neighbourhood in the heart of central London – only a stone’s throw away from the West End and the City. Lend Lease is delighted to be working in partnership with the Mayor, Southwark Council and TfL to help transform this important part of the capital and help realise its full potential.’