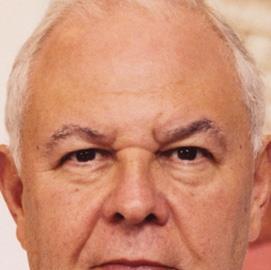 Sir Stuart Lipton says there could be a repeat of the last property crash.

'One of the things I remember very, very clearly from the early days of the 1990 cycle was that no one ever believed it could happen,' he told the Financial Times.

Sir Stuart believes developers have been more cautious this time, which could be a mitigating factor.

The last crash coincided with a wave of new schemes.

He also believes there is a large amount of money waiting on the sidelines to re-enter the property market.

But he also suggests the industry is complacent about the strength of occupier demand. 'Often everyone expects demand to keep pushing on but it falls off a cliff,' he says. 'In the City, if banks stop growing . . . the upward pressure on rents disappears.'

If potential tenants in the market believe rents are going to fall it can become a self-fulfilling prophesy, he says.