Little for property to smile about in budget 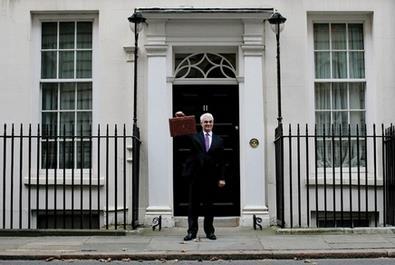 Chancellor Alastair Darling is ploughing ahead with changes to the tax regime set to cost the industry £3.5bn over the next three years.

Today’s budget confirmed that empty rate relief, as well as other tax relief schemes important for developers, would go ahead as planned.

The Treasury confirmed that the removal of empty rate relief on commercial buildings from 1 April meant property owners would pay almost £3bn in extra tax in the next three years.

Many in the industry feel that the changes could not have come at a worse time.

‘In the bull market of recent years, this would still have had negative effects on investment and regeneration; however, in a market faced with a pricing correction, curtailed debt availability and fragile confidence, an opportunity to shore-up activity by delaying the decision and engaging in further consultation has been squandered,’ Paul Guest, Jones Lang LaSalle’s UK director of research, said.

There was also disappointment that lobbying for changes that would expand the REIT regime were not mentioned in the budget. ‘We’re disappointed not to see any mention of new entrant REITs or residential REITs,’ Phil Nicklin, senior real estate tax partner at Deloitte, said.

Darling also confirmed that the property industry would be integral in the battle against climate change, with all commercial buildings to be zero-carbon by 2019, with a consultation on how to achieve this to be launched later this year.

Adrian Wyatt, CEO of Quintain Estates and Development and Chairman of the Sustainable Environment Foundation said: ‘We are supportive of any initiative that is designed to increase awareness of Green issues.

'In particular, we welcome those incentives that will drive investment in sustainable technologies in the property sector and encourage all new builds to meet the 100% carbon free target for 2019, which was announced today.

‘However it is important that the Government is clear on what it means by carbon neutrality when it talks about these targets and we would welcome further clarification on the definition of zero carbon and its link to planning and fiscal policies.’