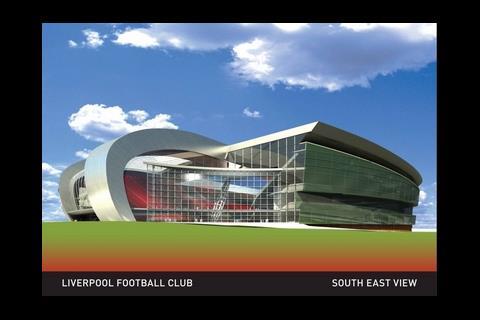 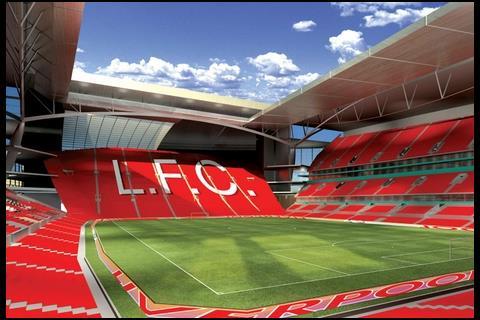 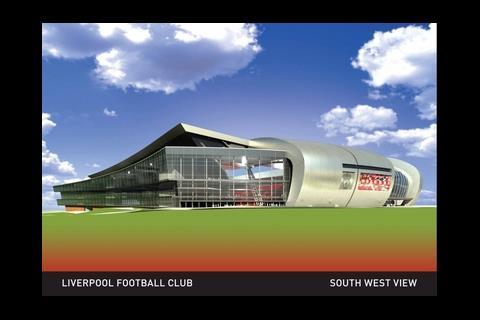 Following consultation with a number of bodies the revised application, designed by HKS architects, includes an 18,000 seat single tier stand and a glass wall.

The capacity of the stadium remains at 60,000, but could increase up to 75,000 if transport links are improved.

Rick Parry, chief executive of LFC, said: ‘The asymmetric design sets it apart from other new stadia, as it is a clear move away from what is becoming the traditional bowl model. The stadium is a massive investment in North Liverpool and a key driver in the regeneration of the whole area.’

Liverpool captain Steven Gerrard said: ‘To be honest I knew it was going to be great but after spending five minutes looking at the plans I was just completely blown away by it.’

The stadium is expected to be completed by the start of the 2010 football season.

Turley Associates is advising the club