Liverpool One signs up more tenants 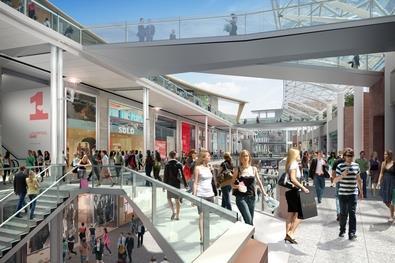 Grosvenor has secured a further seven retailers at its Liverpool One retail development in Liverpool city centre.

The retailers are taking a combined total of 60,000 sq ft of space in the South John Street family-focussed element of the scheme which opens on 29th May. South John Street is one of five distinct districts being created within the 42-acre regeneration of the city centre.

It follows news, revealed by Property Week last week, that legendary retailer George Davies is ramping up the roll-out of his Liverpool Football Club chain with a flagship store at Grosvenor’s scheme.

More than 1m sq ft of space has been let at the scheme which his anchored by John Lewis and Debenhams.

Neil Barber, head of retail leasing at Grosvenor, said: ‘These latest deals, following closely behind Zara and HMV, reflect the realisation from leading retail brands that we open this year and that time is running out for them to secure the space they want in time for May 29.

‘The penny has dropped en masse that Liverpool is a force to be reckoned with and the Liverpool One is going to be the new industry Benchmark.’