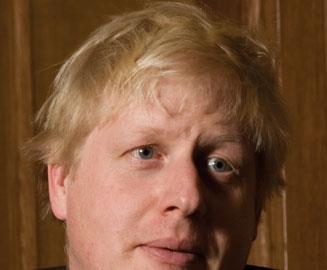 Mayor of London Boris Johnson today called on businesses and organisations from around the world to submit ‘truly ground-breaking ideas’ to contribute to making the Olympic Park a success once London's Games are over.

Johnson, as chairman of the Olympic Park Regeneration Steering Group, also launched a prospectus called ‘London Calling’ which sets out the ambitions for the Olympic Park after the Games and asks global investors to submit ‘exceptional ideas’ for its development. It will form part of the master planning of the Olympic site.

Johnson said: ‘A huge amount of our investment in the Olympic Park is for legacy.

We are cleaning up the land, burying overhead power lines, upgrading roads and railways and installing new energy infrastructure. A site of this scale and quality, within a few minutes of a great city centre, must be almost unprecedented. We are delivering for 2012, but planning for the long-term.

‘Since my election as Mayor I have insisted on new focus and more impetus in planning and delivering this long term legacy.

And today I am calling on investors and organisations around the world to come forward and surprise us with startling ideas that can preserve the memory of the Games while creating a new focus for London's eastward growth.’

Sir Robin Wales, mayor of Newham said: ‘It’s no exaggeration to say that the future of London lies in the five host boroughs of Greenwich, Tower Hamlets, Hackney, Waltham Forest and Newham.

'The Olympic Park sits at the heart of an area of unrivalled opportunity for business; one of the largest urban development sites in Europe.

‘We’re looking for the world’s most creative minds to bring their ideas and investment to this, the most exciting area of London - to add to the buzz that the 2012 Games is already generating and to underpin the area’s growing prosperity and development.'

All entries will be evaluated by a panel including mayoral advisors, local government leaders and private sector entrepreneurs. Those who submit the best ideas will be engaged by the LDA to work up their plans for incorporation into the emerging legacy master plan.