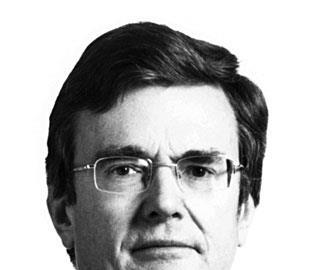 Lord Matthew Oakeshott said banks must start lending to small and big businesses again or they will imperil the British economy.

Speaking in the House of Lords Oakeshott, who is managing director of OLIM and Liberal Democrat pensions spokesman in the Lords, said government must assist businesses and the real challenge was to start banks lending again.

He said Secretary of State for business Peter Mandelson had grasped 'much more quickly than the amateurs in the treasury how shocking it is that the banks have virtually gone on strike in recent weeks’.

‘He and the treasury will now have to get to grips with the real dagger pointing at the heart of the British economy which is the banks failure to lend to big business.That is where the greatest risk is,’ said Oakeshott.

‘Private equity-backed companies with millions of jobs are in great danger of going down next year, and we need to focus on lending to big business too.’

Oakeshott also criticised the UK government for allowing the Icelandic bank crisis to escalate to such proportions despite being aware of the banks looming collapse in spring this year.

He said he asked questions in parliament about the Icelandic compensation scheme and 'as we now know despite the disgracefully evasive and misleading answers I got from the treasury on the14 and 15 July those banks were well past saving'.

'We know that from the leaks that have come out of the treasury, our financial authorities and the IMF.

'They already knew in the spring,’ said Oakeshott. ‘However if the treasury had given me straight answers to my questions at least savers in icesave... would have had on parliamentary record.

The facts about the risks they were running and the parlous of the Icelandic scheme, and they might well not have gone on pouring hundreds of millions of pounds more into Icelandic banks right up to the moment in October when they hit the wall.’

‘Credit agencies were slow to pick up the problem, but the credit default swap prices were shouting from the rooftops that Icelandic banks were in trouble.

'They were signalling a 40% chance that they would go bust.’