Two Malaysian state-backed funds have agreed heads of terms to acquire phase two of Battersea Power Station in a deal that values the development at an estimated £1.6bn. 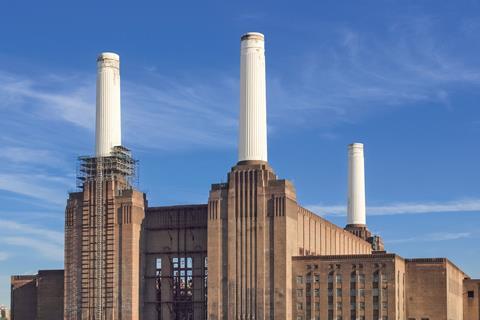 Asset management group Permodalan Nasional Berhad (PNB) and pension fund Employees Provident Fund (EPF) of Malaysia are poised to acquire the building from the Battersea Phase 2 Holdco set up by Malaysian developers Sime Darby Property and SP Setia, in a deal that would eclipse last year’s £1.28bn purchase of the Walkie-Talkie and set a new property deal record for the UK.

Today’s announcement saw SP Setia confirm heads of terms had been entered into with PNB and EPF with the parties having extended the exclusivity period to 29 June or the execution of the definitive transaction.

Phase two of the development includes the heritage power station building, Apple’s new headquarters and 250 apartments that are mostly already sold. EPF already owns 20% of the entire development, and will switch from a developer to an asset manager in this re-organisation.

Battersea Power Station Development Company (BPSDC) said that the reorganisation of the ownership of the development would “create a long-term asset management and ownership structure”.

BPSDC will remain the “active manager of the development” according to the company, now headed up by Simon Murphy after last month’s resignation by chief executive Rob Tincknell.

The entire Battersea Power Station project consists of 42 acres and includes 4,364 new homes. Sime and SP Setia remain the developers on the other five phases, which are due to be complete by 2028.