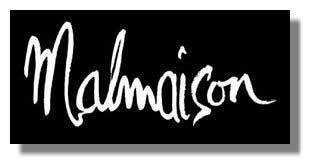 ‘Despite the current credit crunch and uncertainty over consumer spending, the outlook for 2008 for the group is extremely positive,’ MWB said.

The news sent shares in the hotels, serviced offices and retailing group up to 198.25p, valuing it at £160m.

Trading in the Malmaison hotel division in 2007 had been ‘excellent’, MWB said.

'The directors are confident that trading in 2008 will be strong.’

Trading at MWB Business Exchange, the company's AIM-listed serviced office subsidiary ‘has been, and continues to be, very strong’, MWB said. ‘The year finished with continuingly high occupancy levels of 90%, up from 78% at December 2006 and 88% at June 2007.

‘In addition, Business Exchange increased pricing by over 10% during the year to December 2007 and enters 2008 with over 55% of the year's projected licence fee income already committed.

‘With continued strong trading and successful new centre performance, the results of Business Exchange for 2007 are forecast to exceed market expectations.’

At Liberty, the company's AIM-listed Regent Street store, sales for the four weeks to 24 December were more than 5% higher than the comparable period a year ago. Revenue during the post-Christmas sales has been at a similar level to that achieved in the previous year.