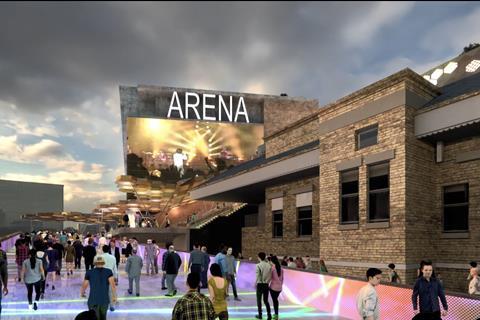 The redevelopment plans would increase its capacity to more than 24,000 and would make it one of the lowest carbon venues in Europe.

The plans also include the addition of more concourse levels, retail space, VIP boxes and lounges.

“These plans have been made public earlier than intended, as we are still in the process of consulting with Manchester City Council, our neighbours and landlord on the design – their input and involvement in this journey will be crucial,” said executive vice-president European operations for ASM global said. “In particular, we’re working to ensure our final proposals fit with the Council’s wider infrastructure planning. We are also in dialogue with the families of the May 2017 terrorist attack around a fitting memorial for the City Room.”

“Our ambition throughout this process is to embed sustainability into every corner of the Arena, with the goal of becoming of one of the lowest carbon venues in Europe.”