M&S and Prologis team up for distribution hub 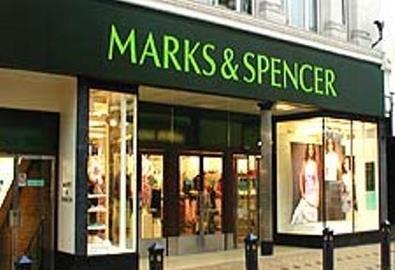 Marks & Spencer announced today that it would team up with Prologis for a major distribution centre in Bradford, West Yorkshire, as tipped by Property Week (14.09.07).

The retailer has agreed to buy a 50% interest in the site from Prologis for £13.7m, changing an original agreement which just involved a pre-let at the 1m sq ft shed.

Both parties have agreed to invest £20m into the development of the site, which Marks & Spencer has earmarked for its environmentally friendly distribution hub.

Subject to planning, Marks & Spencer has agreed to take a 35-year lease of the unit from the joint venture on market terms.

The facility is expected to be operational in 2010.

The move is part of the retailer’s plans to increase its trading space by 20% in the next five years.

It needs appropriate distribution space in order to expand at such speed, and is keen to ensure that its distribution facilities match up to its green credentials in line with its ‘Plan A’ – a five-year, £200m sustainability initiative.

Prologis is known for its green developments, such as Prologis Park Pineham in Northampton, where a 618,000 sq ft shed is being built for Sainsburys to an environmental specification.

Marks & Spencer announced the plans in its results for the six months up to September 29, which also revealed pre-tax profits of £451.8m and highlighted property as one of the retailer’s key concerns.

It also announced that it was on track to achieve its projected 15-20% growth in trading space a year early, as it had been ‘successful in identifying opportunities to improve the quality of our store portfolio and add space.’ It said it had a ‘healthy pipeline’ of new stores.

A share buy-back of £1bn and a push into China and India were some of the other strategies outlined in Marks & Spencer’s results, which were better than expected by analysts and boosted share prices by 7p up to 693p this morning.