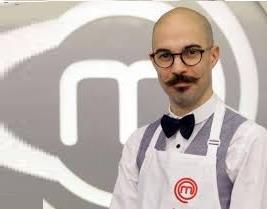 Tony Rodd was famous on Masterchef as the ‘mustachioed master chocolatier’

The new concept restaurant follows the growth of Rodd’s private dining service Well Dressed Plates and Rodd has recruited fellow former MasterChef contestant Robert Parks as head chef for the Blackheath restaurant which takes the place of the Italian chain at the site.

Rachel Stern from the UK leisure agency team at Colliers International, said: “Despite the widely publicised downturn in the casual dining sector, village locations such as Blackheath remain in high demand by independent boutiques and artisan eateries. Blackheath is an ideal location for a new, start-up restaurant – we were impressed by the pair’s business concept and believe it will be a great success.”