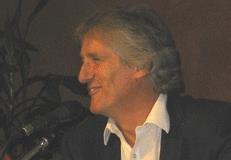 The event, held at the supermarket giant’s London HQ, raised £17,000, bringing the total raised by the Sainsbury’s property team for Comic Relief to £35,000. The group overall has raised £10m.

The four supremos were quizzed by Liz Peace, chief executive of the British Property Federation.

Her authoritative style kept the raucous panel in check, although Slade’s court jester attitude did leave him trailing the pack at the end of the first round, stuck on a score of minus 1000.

Nevertheless, following the revealing ‘PA round’, in which the participants had to guess what their assistants thought their worst habits were, an astonishingly low scoring APC round, and a baby picture round, Slade edged in front.

For the record, Slade’s worst habit was changing in to his gym kit and forgetting that his new office has glass walls.

Pictures from the night