The housing minister has raised the spectre of a tax on development aimed at capturing some of the uplift in land value that developers receive through planning permission. 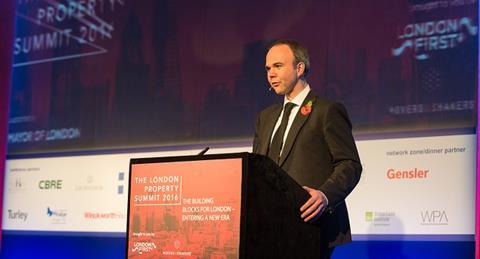 Speaking at the London Property Summit last week, housing minister Gavin Barwell said the government was considering reforms to better capture planning gains, although he acknowledged it was important to get the balance right so developments are not made unviable.

He said: “Can we try to find a system that ensures developers pay a contribution from the uplift in value they get from planning permission that helps pay for the vital infrastructure we need to make new housing acceptable, but at the same time avoids conflict and avoids making schemes we want to see go ahead unviable.”

Eventually, Labour introduced the community infrastructure levy (CIL), a planning charge based on the floor area of a new development.

Asked whether he was suggesting a beefed up version of CIL that would take in planning gain, Barwell said he did not want to “leak the contents of the [housing] white paper”, due later this month.

But he added: “We want to try to reform the system in a way that captures a contribution towards the infrastructure we need, but de-conflicts the system.”

“Governments have been playing around with this for decades, and they’ve always scrapped it in the end. I’m shocked that this government is thinking of revisiting it,” he said.

The Department for Communities and Local Government declined to comment.