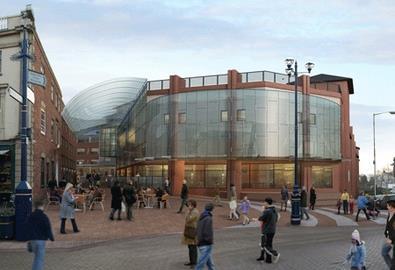 Modus has got the go-ahead for its £50m Crown Centre extension in Stourbridge in the west Midlands.

Dudley Metropolitan Borough Council has approved the proposed development subject to its referral to the Secretary of State via the Government Office for the West Midlands.

The planning permission involves the reconfiguration and extension of The Crown Centre in Stourbridge, which will be anchored by Tesco.

The scheme will improve the pedestrian linkage between Bell Street and the Town Centre.

Peter Macfarlane, director of investments at Modus, said: ‘We aim to provide ever better goods and services in a way that is profitable, ethical and respects the environment, individuals and communities in which we operate.’