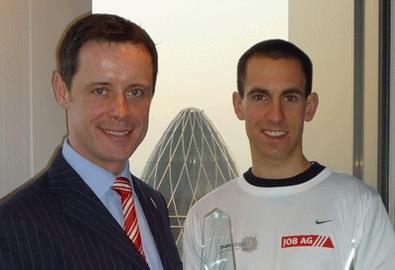 More than 600 people last week ran, walked or staggered up the 920 steps of the City of London’s Tower 42.

Entrepreneur Duncan Bannatyne was among the celebrities who took part as well as an estimated 150 people from the property industry, including teams from Drivers Jonas, CB Richard Ellis and a raft of law firms.

But it was DTZ which stole the show, with its five-strong `Steps’ team winning the `Fastest Property Team’ prize by running up the tower in a total of 35 minutes and three seconds.

In all the `Vertical Rush’, organised by Tower 42 and Shelter, raised almost £100,000 for the homeless charity.

Pictures from the day