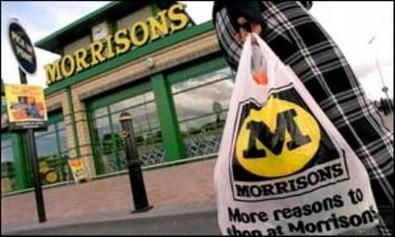 Morrisons is planning to open eight stores in the second half of this year after posting strong interim results.

It is also planning to open a further 50,000 sq ft of extension space over the next six months and said it was still on track with plans to open 1m sq ft of new space in three years.

Sir Ian Gibson, chairman of Morrisons, said: 'This is a solid set of interim results in the toughest trading environment seen for many years.

'The management team is very focused on delivering great day to day value to our customers as well as the longer term vision of being the food specialist for everyone.'

There was no change in the number of stores in the estate during the period, although total store space increased by 57,000 square feet overall, due to the completion of store extensions and the replacement of the Giffnock store.

Gibson also said that the 920,000 sq ft distribution centre at Gazeley’s Sittingbourne site, due to open in 2010, would provide ‘much needed’ capacity for the growing business.