Recently-appointed housing minister Kit Malthouse has been confirmed as the headline speaker for the RESI Convention 2018, where he will deliver his first major public speech to the residential sector since his appointment. 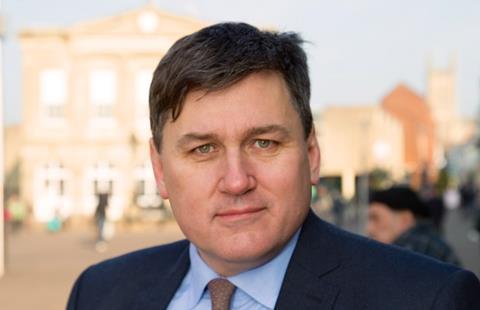 The MP for North West Hampshire was appointed as the minister of state for housing earlier this month, replacing Dominic Raab who exited the role after six months to take up the position of secretary of state for exiting the European Union.

Malthouse was previously parliamentary under-secretary of state for family, support, housing and child maintenance at the Department for Work and Pensions before becoming the fourth minister to hold the housing role in the last 12 months.

At the RESI Convention, which takes places from 12-14 September at Celtic Manor in Wales, Malthouse will deliver a political keynote address at 9:30am on 13 September. Former housing minister Alok Sharma spoke at last year’s RESI Convention and addressed key priorities set out for him by industry leaders in Property Week within his speech – watch highlights here.

Prior to his ministerial roles, Malthouse worked at Westminster Council from 1998 to 2006 and was a member of the London Assembly from 2008 to 2016.

His appointment was widely welcomed by the industry including fellow RESI Convention speaker Tony Pidgley, chairman of Berkeley Group, who told Property Week “He’s a man who understands housing and the challenges we face and that’s what we need.”‎

Find out more - Can Malthouse make his mark on housing?

Malthouse joins a raft of high-profile speakers already confirmed for RESI Convention this September, including representatives from Homes England, the Housing Finance Institute, Greystar and The Collective, as well as London deputy mayor for housing James Murray.

Click on the links below to find out more about the leading names announced for RESI 2018 so far: