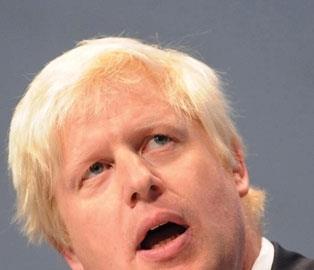 Ahead of shopping centre’s opening today, the Mayor joined representatives from London Underground, Westfield, and local councils to visit the new Wood Lane tube station on the Hammersmith and City Line.

The station is the first new station built on an existing line for 70 years.

Other local improvements borne from the £200m investment will include:

The improvements were the result of partnership working between TfL, the London Borough of Hammersmith and Fulham and Westfield, who invested £170 million coupled with a further £30 million from Transport for London.

Boris Johnson said: ‘This is a fantastically exciting day for West London, which - with its incredibly impressive new shopping centre and gleaming new transport facilities - will now become a major destination well and truly on the London map.

‘This huge investment in infrastructure will help to boost the London economy and will make life better for the people of West London, who will see the real benefits of an unprecedented improvement in public transport.

'The new Wood Lane station, and the connection to the London Overground network, will radically improve the transport links for people in West London, who have been crying out for better connections for years. And the shopping centre will bring new investment into the local community, and will help to support the regeneration not just in the area around Wood Lane, but for many miles around.’