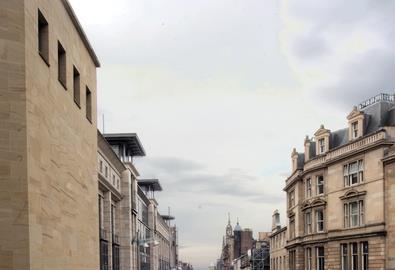 Who is Steven Purcell?

Steven Purcell was once the golden boy of Scottish local government. In 2007, he helped Glasgow to win the 2014 Commonwealth Games and he presided over the creation of the first City Plan, achievements that won him widespread support.

But on 3 March, Purcell left his post as Labour leader of Glasgow City Council, citing “stress and exhaustion”, following speculation in the local and national press
that he suffered from a cocaine addiction. Purcell was unavailable for comment.

Why does he matter to property?

Purcell spearheaded Glasgow’s regeneration and development committee from 1999 to 2003, and was responsible for Glasgow’s first City Plan, adopted in August 2003.

He maintained close links with the property industry afterwards. As convener of education from 2003, he helped enact a £220m public-private partnership school refurbishment and rebuilding programme.

After his election as leader in 2005, Purcell and his regeneration and development head, Steve Inch, became known as a pro-development crack team by the property industry.
What is he accused of?

Deputy first minister Nicola Sturgeon said at a conference in March that Scotland needed “to shine a bright light into Labour and Glasgow, and the west of Scotland”.

The vote on a replacement council leader will be held at
a council meeting on 6 May.