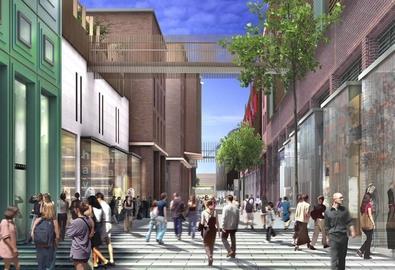 Wendy Couch, a principal valuer for the asset management service in Portsmouth council, has been cleared of any wrongdoing over claims by a businessman that she corruptly accepted hospitality from Centros Miller.

Following a two-day internal hearing into an alleged breach of the council’s code of conduct for employees, Couch has been fully cleared by the council.

She was cleared three months ago of any criminal wrongdoing.

Centros Miller is developing Portsmouth’s Northern Quarter, a £350m mixed use, retail-led,scheme in the town and redeveloping the Tricorn centre.

Couch accepted two corporate sailing days as a crew member in August 2004 and August 2005 as a guest of Centros Miller.

Following an investigation it was found that the hospitality Couch received was "minor in nature” and that it was normal business for the company involved to stage corporate events and invite business partners.

David Williams, Portsmouth council’s chief executive, said: ‘This matter has been investigated by an external police investigation and there has also been a thorough two-day internal enquiry.

‘The events relate to 2004/5 and Wendy has been cleared of any wrong-doing in both investigations.’

He added: ‘I appreciate that this has been a very difficult period for Wendy Couch, but despite the degree of external scrutiny and attention this matter has attracted, it is important that the council sees through its proper internal procedures. These have now been concluded and I trust that both Wendy and the rest of the council will be able to put this behind us.’

Couch returned to work on 2 October.