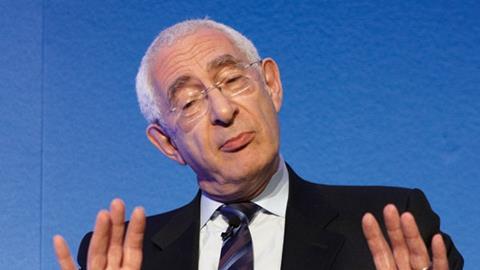 Having been ousted from the FA over indiscreet remarks about rival Russian and Spanish bids, Triesman spoke out over alleged corruption at FIFA under parliamentary privilege at a Commons select committee hearing that was investigating the failed English bid.

He repeated many of his allegations at the Norwood lunch, stressing the impropriety of the World Cup bidding process, and the madness of awarding Qatar the tournament in desert
heat of summer 2022.

The lunch, for which Property Week is the media partner, was held at the London Marriott Hotel Grosvenor Square and raised £435,000 for the Norwood charity. The annual Norwood Property Awards were also presented in front of 600 guests by last year’s winners, including Sir John Ritblat and Shard developer Irvine Sellar.

Lord Triesman of Tottenham is a former Labour Business, Innovation and Skills minister and is now chairman of the board of advisers at merchant bank Templewood. However, he shot to prominence in 2008-2010 when, as chairman of the Football Association, he launched England’s failed 2018 World Cup bid.