Obituary: Tony Pidgley – ‘the best teacher in the business’

Planet Property author and former EG editor Peter Bill shares his memories of Berkeley Group boss, Tony Pidgley, who it was announced on Friday has died. 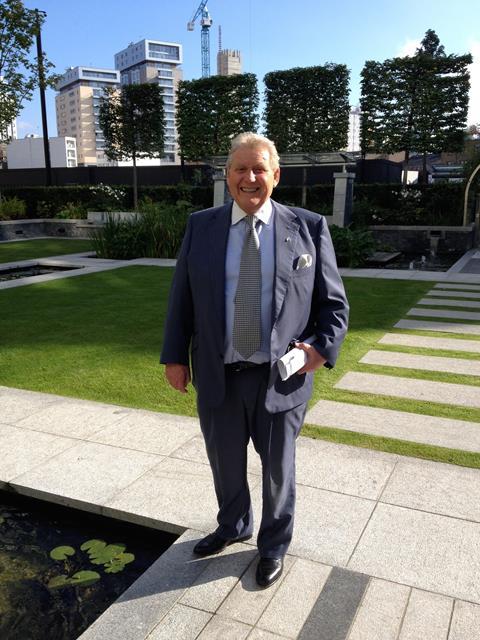 Tony Pidgley pictured at the Goodman’s Fields development in 2014

Tony Pidgley was in the pink in late 2017 when he walked into the Goring hotel for lunch.

The 71-year-old founder of the Berkeley Group had struggled with his weight for years. But I’d not seem him look fitter. Hard to believe he is gone at 73. He ordered a bottle of Puligny Montrachet to go with our lobster omelettes. I remember thinking: ‘Crikey, this is the life!’

Why he wanted to have lunch with me, I never discovered. Just a gossip, I suspect. I asked him what he was up to that day: he’d been on one of his sites at 7.00am. That night he was off to a restaurant that held only nine people and charged £300 a head.

Puzzled that a man of roughly my age was still running around (albeit in a chauffeured black Range Rover), I asked him why? He didn’t exactly say ‘I just love the game’, but of course he did.

He knew the building game better than any of the chief executives of the volume housebuilders who he disdained as bean counters. Curious to know what a man with over £300m in assets does with his money, I asked. “I keep it!” he smiled, before telling me of his disdain for those who use fancy money managers to grow their pile. He doesn’t keep all of it of course. He mentioned giving a fair bit away.

Tony Pidgley’s CV is well-known: born to a single mother in 1947 and taken in by Barnardo’s, he was then adopted by travellers and lived in a railway carriage. As a boy, he worked cutting trees into logs, then left home at 15 in 1962, founding a haulage business soon after.

After selling the business to Crest Nicholson in 1968, Pidgley worked for the housebuilder until 1976, when he set up Berkeley. In 2004, 28 years later, the Chobham-based PLC dominated the central London flats market and was flourishing in the Home Counties.

In 2014, I took a snap of Tony for the Evening Standard as we toured his Goodman’s Fields development to the east of the City (pictured). We were followed round by a slightly terrified site manager.

Every now and again Tony would stop and point: “‘ere… get rid of that rubbish, looks untidy… these tiles look a bit wonky, get ‘em laid again… what’s that in the window? Clear it out!” Just another normal day at Berkeley for the man who took care of business on site and not in the boardroom.

I went to see Tony down in Chobham in February 2012 to interview him for my book, Planet Property. On his bare, computer-free desk lay an inch-thick plastic folder. “In ’ere”, he said, in an accent unmodified by wealth, “is everything I need to know. Every site, every plot, every sale, everything, brought up to date every week.”

“The model we run is complex and difficult to set up. When you commit to building twenty-storey or thirty-storey towers, it’s very different. You have to think about every aspect. The other thing we have done is stick to our knitting. We’ve always stuck to residential.”

“We question customers. Did they enjoy the experience; where did we get it wrong? There’s no formula. It’s the biggest investment anybody makes, so you’ve got to keep it personal. The minute you standardise it, you become like any other business – and people don’t want that. The truth of the matter is, it’s about caring and being an owner-driver – not being a professional manager,” he said, another dig at those running volume housebuilders.

He then gave some very sage advice:

Tony’s warning: If you see prices move away – land prices, I’m talking about – and your margins are getting slimmer and slimmer, just apply common sense and the brakes. Everything we do is a percentage of the sum total of the selling price. If the land is 10% of the sum total, you’ve got a chance. If it becomes 50% or 60%, as it does at the top of a boom, you’ve got no chance. So, when a land stack falls on my desk, I go straight to what the price is as a percentage of the gross development value.

I remember three young men who had worked for us for six to nine months coming in to see me. They said, “It has been lovely working for you, Tony. Thank you very much. You’re the best teacher in the business. But now we are going out on our own.” I said, “You’re only young men. How are you going out on your own?” “Oh, we just borrowed X from the bank.” Well, they went bankrupt. I could have told them that on the day they left. You’ve got to use common sense. When land gets up to 50% to 60% of your gross development value, you’ve got 40% left. And it’s not enough.