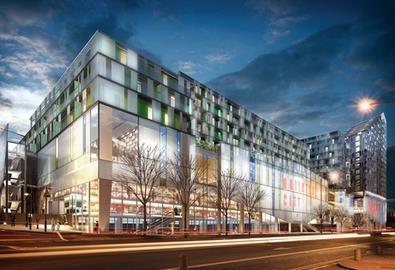 Development Securities today announced that it has completed the sale of Oriental City.

Virdee has paid with a mixture of cash and loan notes which are payable on or before the June 30 2008.

DevSecs has said that, because the percentage of loan notes in the deal is more than 60%, the net gain will be reflected in the company’s 2008 accounts.

However it is expected that DevSecs will make a net gain of £16m from the sale.

The 100,000 sq ft retail scheme, at 399 Edgeware Road, was the subject of controversy after Chinese community groups sparked bitter protest against it’s redevelopment.

Former footballer Ian Wright, environment minister Barry Gardiner and the Chinese ambassador to Britain all got involved with the outcry against the loss of 800 jobs and concerns a focal point for the Chinese community would be lost.

In June DevSecs agreed a £2m compensation package with tenants at the building.

A year ago DevSecs secured planning permission for 307,480 sq ft of retail including a 120,00 sq ft replacement Oriental City and two large stores, 520 one- and two-bedroom apartments and an 80,000 sq ft primary school.