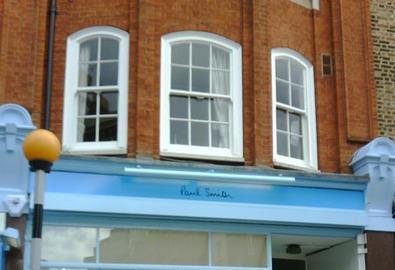 Sir Paul Smith, the British designer, has opened a second accessories and shoe store in London.

Paul Smith opened at 38 Marylebone High Street this week in a 862 sq ft store. Advised by Koopmans, Paul Smith is paying £70,000 a year and has taken a ten year lease.

It is the second accessory store acquired this year following the opening of a shop in Royal Arcade, off Bond Street, during the summer.

Paul Koopmans, founder of advisors Koopmans, said: “Paul Smith likes the eclectic mix of quality retailers that can be found on Marylebone High Street.” He added: “The other unit at the back of the Royal Arcade has drastically improved footfall in the arcade and forms part of a hub for Paul Smith on Albemarle Street, where the retailer also sells furniture, furnishings and collections.”

Paul Smith is considering other locations for shoe and accessories stores, in locations where a full store can not be accommodated.