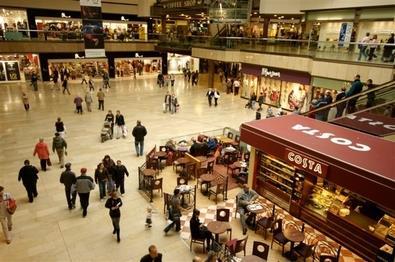 Hammerson and Morley, the joint owners of the Queensgate shopping centre in Peterborough have signed up three new retailers.

Paperchase, Style Accessories and The Oculist have signed up at the 870,000 sq ft two-level Queensgate shopping centre in Peterborough

The Oculist, a concept offering an optician service, consultant rooms and a range of designer glasses, has signed a 1,097 sq ft store in the independent retailer focused Westgate Arcade.

Style Accessories, the designer handbag, jewellery and accessories retailer, joins The Oculist and has signed up for 300 sq ft store in the Victorian arcade.

Sheila King, director of UK retail leasing, Hammerson, said: ‘Together with our plans for North Westgate, Queensgate is set to become one of the largest city centre shopping and leisure destinations in the region. Our new brand identity for the centre reflects the fresh modern appeal of the retail and catering formats now being represented and the centre’s recent refurbishment is the first stage of a major transformation planned for this part of Peterborough.’

Joint letting agents for the Queensgate Centre are DTZ and Lunson Mitchenall.