Plans for the tallest building in the City of London have been unveiled by Eric Parry Architects. 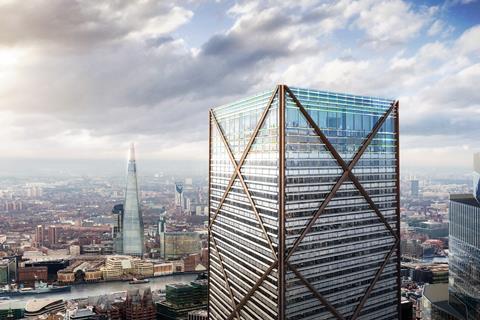 1 Undershaft will be the tallest building in the City

The 73 storey development at 1 Undershaft in the City of London will rise to 309.6m crowning the new cluster of planned skyscrapers in the Square Mile.

The proposed 970,000 sq ft building also includes the creation of a large public square at the base of the tower and a free public viewing gallery, education centre and restaurant at the top of the tower.

The design for the new tower has been commissioned by Singapore-based Aroland Holdings which is currently developing skyscrapers in capital cities around the world.

The design is from Eric Parry, the architect behind the acclaimed St Martin-in-the-Field project in London’s Trafalgar Square and the new City of London office development at 10 Fenchurch Avenue.

Parry said: “1 Undershaft represents the very best of British architecture in a premier location at the heart of London. It will be a building where the public are put first with a new public square at its base and the capital’s tallest free public viewing gallery at its top. 1 Undershaft will create more of the quality office space that is desperately needed in the capital and will reconnect the city’s tall building cluster with the public.

“The City of London is proving it can yet again attract international investment in creating unique and important new buildings. This building will set new standards for the City in terms of comfort, quality, environmental sustainability and putting the public at the heart of the tower.

“Most skyscrapers are used Monday to Friday but 1 Undershaft will be used seven days a week, with the public able to enjoy the new public square, viewing platform and restaurant every day. It will be the jewel in the crown of the City of London and something we hope Londoners will be very proud of.”

At the base of the tower, a new larger public square will be created. The tower will employ an elevated reception lobby meaning that the public will be able to walk freely beneath the skyscraper. The open public space at the base of the tower creates a connection between two of the City of London’s most ancient places of worship. St Andrew Undershaft and St Helen’s Bishopsgate churches will be connected by the new sightline across the open public square. 1,800sqm of retail space will also be created in a basement-level retail gallery of new restaurants, cafes, and shops accessed from the public square.

Upon completion the building will accommodate 10,000 people. 1,500 bicycle spaces will be provided with new shower and changing facilities to encourage active commuting.

A planning application will be submitted to the City of London in the New Year. JLL acted for Aroland in the purchase of 1 Undershaft and continues to provide commercial advice. 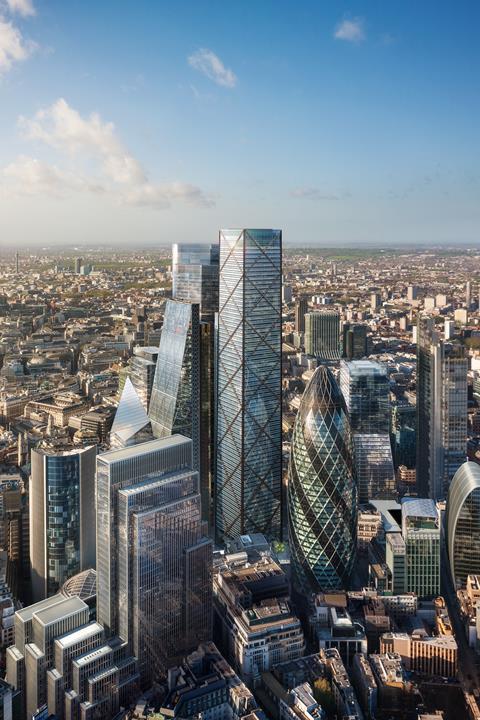 1 Undershaft will be the tallest building in the City