Prime Minister Theresa May has outlined plans to cover £400m of costs for councils and housing associations to replace potentially dangerous cladding from high-rise blocks in the wake of the Grenfell tower disaster. 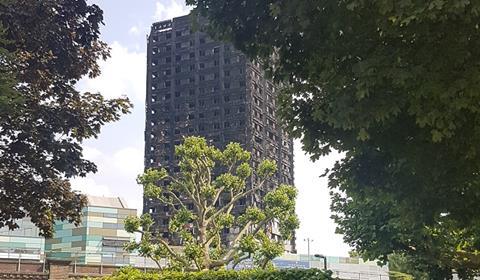 She announced the plans at Prime Minister’s Questions, where the PM said it would be “wrong” if the cost of cladding work meant housing providers had less money.

Following the Grenfell Tower fire last June, cladding was tested on tower blocks across the UK, with 299 failing fire safety tests. As of January, only three of those buildings had replaced the cladding. Last month Barratt Homes, who built the Citiscape block in Croydon, promised to cover the estimated £2m cost to replace cladding on that building.

May said that local councils and housing associations must move “quickly” to remove dangerous cladding, but that the cost of vital works “must not undermine their ability to do important maintenance and repair work” and would fully fund the removal and replacement of cladding.

She added that the new housing secretary James Brokenshire, would give more details on the plan later in the week. A spokeswoman for the prime minister added later that cladding replacement work was needed on 158 high-rise blocks – defined as being 18 metres or higher – in the social sector in England, and that it had begun on 104 of these.

Responding to the announcement, Local Government Association chairman Lord Porter, said: “While the priority for councils has been getting on with what they need to do to ensure people are safe in their homes following the Grenfell Tower tragedy, the LGA has been involved in public and private conversations with the Government about the financial implications.

“It is great that the Government has honoured its commitment from last summer to meet the unexpected exceptional costs for councils arising from major remedial fire safety work on high-rise buildings.”

Last week, the government announced that the inquiry panel chaired by Sir Martin Moore-Brick to investigate the causes of the blaze would be widened.