The government’s Valuation Office Agency has applied for the right to appeal a court ruling which blocked the agency’s proposal to introduce additional business rates on all ATMs in retail stores. 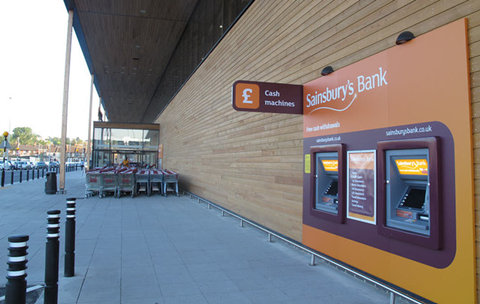 Last month the Court of Appeal ruled in favour of Sainsbury’s, Tesco, The Co-Op, and Cardtronics that ATMs located both inside and outside of stores should not be assessed for additional business rates on top of the normal store rates costs. That overturned the ruling of the Upper Tribunal in January 2017 that made a distinction between ATMs inside a building and outside, leaving retailers affected facing an additional business rates bill of £500m.

The refunds due to the supermarket group which had challenged the ruling were estimated to be worth up to £496m according to Colliers International. The Court of Appeal’s ruling was backdated to April 2010, and it is estimated there are 50,000 cases in the system concerned with the ATM business rates issue.

The challenge by the VOA has been labelled a “petulant action” by the head of business rates at Colliers and newly elected chair of the rating diploma holders’ section of the RICS, John Webber.

Speaking to Property Week, Webber said: “It beggars belief that not only is the VOA continuing to flog this dead horse, but illustrates how out of touch it and the government are when retailers are closing shops daily and jobs are being lost. What we really need is for the VOA to get back in their box and instead of chasing the supermarkets, get on with dealing with the outstanding appeals, that have snarled up the system since the start of this case.

Find out more - Will ATM ruling have a positive impact on the struggling retail sector?

“If the appeal proceeds it will effectively paralyse the 2017 Rating List for food store operators and their concessions since the decision is unlikely to be given before the end of the 2017 Rating List in 2021. This is one of the most destructive and cavalier actions to retail jobs and public finance ever taken by public servants.”

The rate payers have 14 days to oppose the VOA’s application to the Supreme Court, but the court is expected to take up to June 2019 to consider whether an appeal can proceed. If the court agrees to hear the appeal, the case could be take a further two years to reach its conclusion.

The number of cash machines potentially liable for business rates tax in England and Wales surged from 3,140 in 2010 to 15,422 this year according to Altus Group, with bills backdated to April 2010.

Altus’ head of UK business rates Robert Hayton said the appeal was “inevitable and understandable although hugely disappointing for the embattled retail sector”.

Jerry Schurder, head of business rates at Gerald Eve, added that the decision could have wider implications affecting “not just on freestanding ATMs, but [also] lottery terminals, kiddie rides and ice cream cabinets among other appliances”. “The VOA’s decision to petition the Supreme Court is hugely disappointing, and shows that the agency is hell-bent on continuing its crusade to find more things to assess for business rates”, he added.