Sainsbury’s has reported its first loss for nearly a decade on the back of writedowns in the value of its stores. 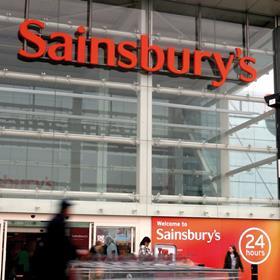 Britain’s third largest supermarket suffered one-off charges of £753m linked to writedowns in the value of its supermarkets and land that it no longer wants to build new stores on.

As a result of the writedowns, Sainsbury’s endured a pre-tax loss of £72m in the year to 14 March, compared with a profit of £898m last year.

Like Tesco, Sainsbury’s has come under pressure from the discounters, weak industry sales volume growth and deflation. It suffered a 1.9% drop in like-for-like sales for the year.

Sainsbury’s chief executive Mike Coupe said: “The UK marketplace is changing faster than at any time in the past 30 years which has impacted our profits, like-for-like sales and market share.”

The news comes a fortnight after Tesco revealed a £6.4bn pre-tax loss in its full-year results - which was driven by a massive £4.7bn writedown on the value of its property portfolio.