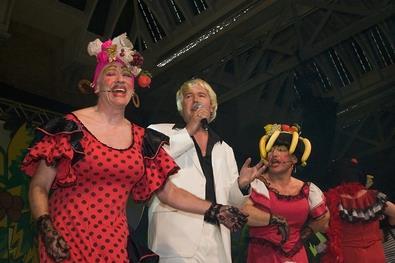 Party Near the Park, the property industry’s annual mega-talent show, raised more than £130,000 for Land Aid and the Unicorn Theatre last night.

A 1,000-strong sell-out at London’s Old Billingsgate Market, the competition was won by Henderson Global Investors, whose rendition of Barry Manilow’s `Copa Cabana’ was led by head of property investment Mike Sales in drag.

Land Aid president Mike Slade kicked off proceedings with his `Helicalettes’ with a storming `Summertime Blues’.

SEE IMAGES FROM THE EVENT HERE.