PRS to be built into Fossetts Farm stadium

The developer behind Southend United FC’s proposed new football ground will build homes for the rental market directly into the stadium, Property Week can reveal. 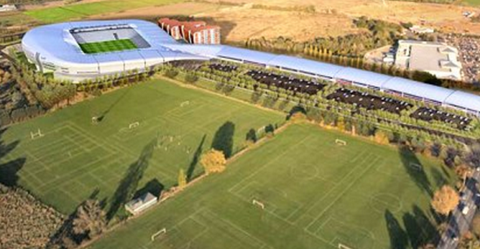 The club’s owner Martin Dawn will build 160 units into the North Stand of the new 21,000-seater Fossetts Farm stadium, in addition to 300 for-sale residential units that will be built as part of the masterplan in nearby tower blocks.

Building homes for rent into the stadium allows the owners to “keep control of the building”, a source close to the project said, describing the move to build PRS directly into a football stadium as “ground-breaking”.

Martin Dawn is also in advanced talks with Hilton to anchor the 131-bed hotel planned for the scheme, which will also be incorporated into the stadium.

The owner will submit a revised planning application next month to reflect the changes, which will also see the retail space upped from 230,000 sq ft to 300,000 sq ft.

British Land is in discussions to forward-fund the retail element of the scheme, but no deal has yet materialised.