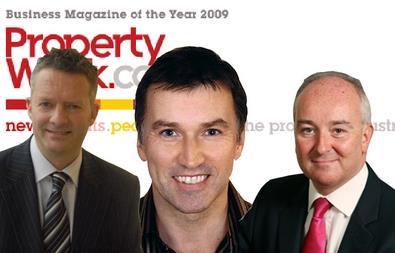 House-buying website Rightmove experienced its busiest ever day in August, a sign that strong levels of consumer demand have returned to the sector.

On Property Week’s latest podcast Miles Shipside, Rightmove’s commercial director, said that since the start of the year there have been high levels of traffic to the site.

Shipside said: ‘Website traffic is a very early indicator of what’s happening, and we noticed in January a major upsurge in our traffic.

‘Obviously we partly thought that was down to some New Year enthusiasm, we were doing a TV campaign at the same time, but that kept going.

‘Normally it tails off around April/May, but July was our busiest ever and we’ve been going for nine years. Actually in August we’ve had our busiest day ever, which is rather crazy.

‘I can understand it if we were selling ice creams, but we’re selling houses. People are going away at this time of year. It does show that there is interest in property, and so from the dark days of last winter, when transactions really collapsed and prices were collapsing, there has been a rebound in interest, and more confidence and positive sentiment amongst property buyers.’