Qatari consortium set up to develop ‘The Shard’ 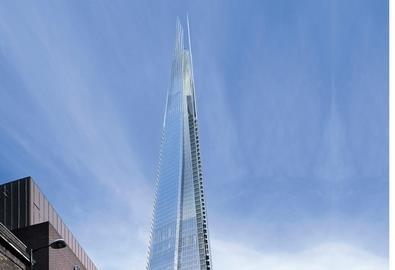 Irvine Sellar’s Sellar Property Group today announced it had set up a new consortium to carry out its £2bn Shard skyscraper development at London Bridge Station.

Sellar said the consortium, fronted by QInvest, was set up after a years’ negotiation with the Qatari investors which have bought both CLS Holdings and Simon Halabi’s Family Trust’s interests in the proposed 2m sq ft mixed-use London Bridge Quarter.

QInvest’s chief executive officer Professor Abdul Latif Almeer said: ‘Our investment in this £2bn development not only reflects our admiration for what has already been achieved in getting the scheme to its present level, but also underpins our confidence in the London commercial real estate market.’

Qatar Islamic Bank chief executive officer Salah Jaidah said: ‘Our investment in London Bridge Quarter represents a positive conclusion of nine months of negotiations, during which time QInvest and QIB took the lead and initiated the idea of creating the consortium of Qatari banks.

'It is also the first time that a consortium of Qatari banks has been formed to invest in an international project of this kind and we are proud to be part of it.’

Sellar Property Group, led by Irvine and his son James Sellar, will continue as developers of the Renzo Piano-designed Shard and will also develop the entire integrated scheme that includes the neighbouring New London Bridge, which will be renamed London Bridge Place.

The estimated build costs for the project are £1.4bn and the Qatari-based investors will provide a majority of the initial construction finance. James Sellar said the consortium planned to ‘fast track the construction of the Quarter enabling us to complete construction by the end 2011’.