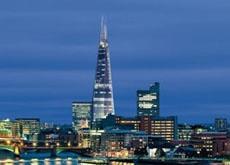 Qatari Diar Real Estate Investment Company is to provide the bulk of development finance for the Renzo Piano-designed Shard development at London Bridge.

The sovereign wealth fund said today it had agreed to provide a funding facility to London Bridge Quarter, the Jersey-registered holding company that is developing the Shard and a second adjacent development called London Bridge Place.

The extent of the loan has not been disclosed but it is thought to be significant given that the estimated construction costs could be as high as £1bn. Qatari Diar, headed by John Wallace in the UK, has not taken an equity stake in the development but will take a seat on the board of directors of the company.

Construction on both sites is expected to start next year with practical completion in 2012.

A spokesman for Qatari Diar said: ‘This further financial commitment by Qatari Diar to London’s real estate market underscores our conviction that, despite its current challenges, London remains one of the most important real estate markets in the world and it is one in which we have an ongoing interest. We take a long term view of all of our investments here and remain confident of their successful outcome.’